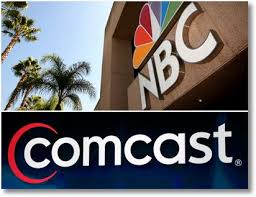 Comcast, the country’s largest cable company, was recently granted permission to purchase a 51% share of  NBC Universal from GE. So far, many have criticized the Federal Communications Commission (FCC)’s decision to approve this acquisition, in fear that it may give too much power to one corporate entity.  Free Press President Josh Silver was cited by AdAge as a very strong opponent, as shown in his statement: “Today’s decision by the FCC represents a failure of the agency to live up to its own public interest mandate, as well as Barack Obama’s promise to promote media diversity and prevent excessive media concentration.”  Comcast, however, claims that this acquisition is actually in consumer favor.

Comcast will now have ownership share of NBC, as well as the popular networks NBCU operates including Telemundo, Oxygen, CNBC, and Bravo.  The FCC has, however, put strict stipulations on Comcast’s control over distribution of media, especially with regards to the popular website www.Hulu.com. What will this do to the world of media and design?  Currently, we’re not sure what the future holds – but we sure have read a lot of opinions about it.  What is yours?