At Serendipit, we couldn’t help but share the social media twist on the story.  A man living in Abbottabad, Pakistan, Sohaib Athar, unintentionally live tweeted the US operation that ended in Osama’s death.  When he noticed a helicopter hovering above his city at 1am, he couldn’t help but tweet his thoughts.  As more rare events occurred, he continued to post the happenings.  Shortly thereafter, the world learned that Athar was actually tweeting about Osama’s death.  Below, see selected tweets straight from Athar (@ReallyVirtual), courtesy of theWashington Post – and read as he reports the attack on Osama. 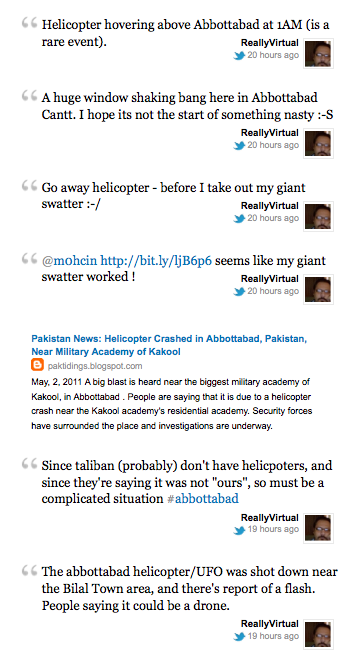